Home
HTC One M8
A Look at the HTC One M8 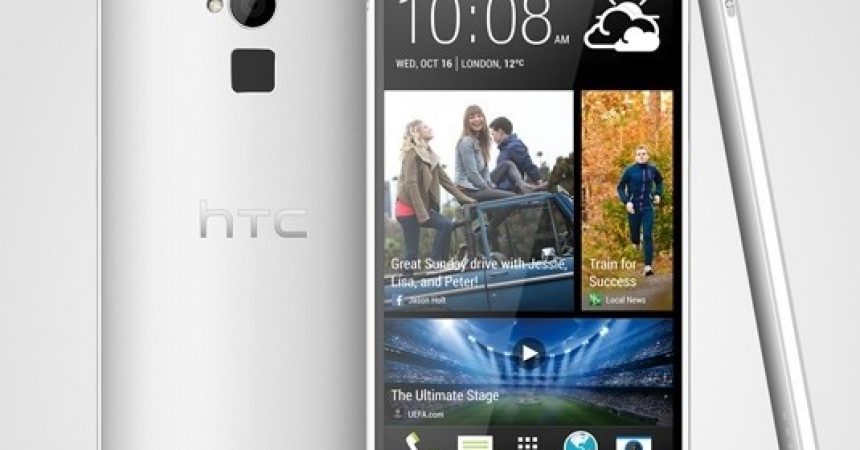 The HTC One M7 is a very lovable phone. It is made of premium materials, its interface is modern, the Boomsound speakers are great, and the camera is innovative. It’s fresh, it’s pretty, it’s HTC.

In comparison, the HTC One M8 has a modernized look, softened edges, and a sleeker and more comfortable chassis. It no longer has the angular look of the M7. The capacitive buttons are replaced by a properly arranged software navigation keys. It has also retained some of the features found in the HTC One M7, such as the screen, the Boomsound speakers, and the 4mp UltraPixel camera. The Sense 6 has undergone relevant changes in the interface layout and features. In short, the One M8 is a lot better than its predecessor, and at the same time it’s also worse.

The remarkable thing about the build quality of the HTC One M8 is that it no longer has the sharp edges of the One M7. This is because of the criticisms regarding the jaggedness of the M7, which can be a bit painful as it digs into the palm. And since this is one of the primary considerations and gives a first impression for the phone, swapping to the soft build is a plus for HTC. It is palm-friendly and feels more natural to hold. It’s also fatter than the M7. The new look of the M8 stands out among most of the competitors, particularly because of the black plastic on top of the phone where the power button is. This plastic hides the IR blaster and also serves as the antenna window.

The M8 is also thicker, wider, taller, and heavier than the HTC One M7. The wright difference is not too obvious because the added weight is spread across a wider surface area. It’s about 4mm taller than the Galaxy S5 and 2mm narrower. Aside from the size difference the One M8 feels more sturdy than its predecessor because of the aluminium frame covering its sides.

The display of the One M8 is nearly similar to the One M7, except that it has weaker brightness and the color tuning looks slightly more yellow. The brightness was probably the one sacrificed when they tried to retain the battery life given the phone’s larger panel. The M7 has 500 nits of brightness whereas the Galaxy S5 has 700 nits in automatic brightness – a huge 40% difference.

It didn’t change much about the S-LCD3. It won’t do well against the Galaxy Note 3 or the Galaxy S5, but it is better than the Galaxy S4. To balance everything, the HTC One M8 has an excellent screen, but the LCD used by HTC is still inferior to the Super AMOLED technology used by Samsung.

The 2600mAh battery of the One M8 works amazingly well. Given that you are not using the phone’s full brightness for an extended period of time, you won’t have much trouble with the phone. It can last for about 40 hours with only a single charge. Average power users would be satisfied that their web browsing, email, and texting activities can be provided by the phone, plus it can keep idle drain at a minimum. HTC also has a sleep mode, where syncing is automatically turned off from 11 in the evening to 7 in the morning (except when you turn the phone on), so the battery drains by only 3 to 5% over an 8-hour period. For those who prefer not to use this feature, the M8 also allows you to turn off the sleep mode – a configuration that was not allowed with the M7. For the heavy power users, meanwhile, the M8’s battery would a disappointment. The phone has a power saving mode that can also allow you to save more battery along the day.

The One M8 comes with 32gb minimum, with a usable space of 23gb. This storage capacity is suitable enough if you’re not storing a lot of media on your phone. Those who need more can use the microSD slot, which is accessible through the SIM removal tool found above the volume rocker.

Data connectivity with the M8 is great: WiFi is strong and Fitbit Flex can be easily connected through Bluetooth.

The audio quality of the HTC One M8 is considerably better than the One M7. The M7 uses a less updated version of the Hexagon DSP chip of Qualcomm. The move from a Snapdragon 600 device to a Snapdragon 800/801 would let make you happy with the M8.

Note to users: keep the Boomsound switch disabled because it’s better that way. HTC has a not-so-good interpretation of the Beats EQ so the music tends to become ruined.

The M8 camera is nearly a reproduction of the one found in the M7. It has the same lens setup and image sensor, plus the image resolution is not so great. Cropping your photos with the M7 is not an ideal experience because the photos end up being blurry. In an attempt to solve this issue, HTC increased the sharpness and contrast of the photos in the M8, so cropping images are now slightly better. But as a result of this too-heavy processing, the images taken seem to have a chromatic aberration, particularly when the taking landscapes. Macro shots are protected from this heavy image processing.

The duo camera is not turning out really well because Google and Samsung can both offer a selective refocus without using another sensor. The only good thing about it is that it is passive and fully automatic.

I have yet to see HTC make a compelling case for the existence of this extra sensor, and I honestly suspect we won’t see it on next year’s flagship phone. It just reeks so badly of ‘marketing gimmick’ that I feel as though I’m wasting words even discussing it. HTC, you screwed up. The sooner you can pretend the Duo Camera never happened, the better. Get working on that 8MP (or hey, maybe even 10MP!) UltraPixel sensor so we can forget this mess.

The other effects of the duo camera are also disastrous: fore-grounder is merely playing with selective focus using some filters, and the dimension plus gives off poor 3D tilt effects. The camera can use some improvements.

The good news when you have or plan to buy the One M8 is its performance: it is very fast. It almost feels like you’re using the Galaxy S5. The change in performance from the very slow One M7 is such a relief. The M8 is also stable and reliable. No complaints here.

Sense 60 seems to be a flat and simplified version of the software layer of HTC. Some of the changes include the following:

HTC app icons were already flat before so it’s unchanged in the One M8. The notification bar is also retained. There aren’t a lot of changes in terms of new features – the shift from Sense 5.5 to Sense 6 are more focused on flattening and unifying the colors.

Blinkfeed has experienced a cleanup in its UI, but there are no significant changes in its functionality. Services and Apps now have a dedicated submenu that can be seen from the settings drop down. There is also a new interface to add new content on your feed. The new layout seems to be more user friendly as compared to the tabbed pages before.  Blinkfeed also free-scrolls as you work down the feed.

The camera app has been completely redone.

The duo camera has three editing features, including unfocus or selective focus, foregrounder, and Dimension Plus. Unfocus and foreground both uses blurring and focal point, patterning, or filtering. On the other hand, Dimension Plus makes your photo look slightly 3D, but is a completely fail option. It’s not preferable at all.

This feature is sadly not available in the T-Mobile, AT&T, and Verizon versions of the HTC One M8 in the United States. Those three will be getting the feature through a software update that Sprint’s version already has. This mode is similar to the one on the Galaxy S5. It disables data sync when the screen is turned off, the screen becomes very dim, there are lots of throttles, and only a few apps are functional through the special power-saving interface mode. Vibration is also disabled, though you can still receive SMS messages and phone calls. You cannot use the browser when using this feature. HTC claims that the extreme power saving mode can extend your 10% battery life to 30 hours.

The album shows a video highlight, so instead of opening photos, what you get is a video. This is rather infuriating, and is something that seriously needs to be addressed. Even if the album contains a single photo, it will still show a video highlight. There’s also a button at the top of the Gallery which seems to let you group your photos into different albums.

As said earlier, the changes done on Sense 6 are merely focused on flattening than on feature enhancement, so it’s probably more appropriate to call it Sense 5.6. Some of the annoying features of the Sense 5 such as the app drawer has been changed and received an improvement in looks, so that probably a small plus. A change and improvement in aesthetics is obviously prioritized here than functional changes.

The HTC One M8 has been considerably refined from its predecessor. The specs of the phone are respectable. It has a good battery life that can satisfy average users, the build quality is good, the Boomsound speakers are excellent. Plus the performance is a huge improvement from the One M7. For those who have tried the M7, it’s probably better not to buy the One M8 now, because there it has small upgrades that may just get you frustrated. The camera failed to deliver good images, so that would be a deal breaker for people who love to take photos and/or to use their phones for the camera.

Overall, the HTC One M8 is a good phone, although it’s not as innovative as we would have liked.

What do you think of the HTC One M8? Tell us about it through the comments section! 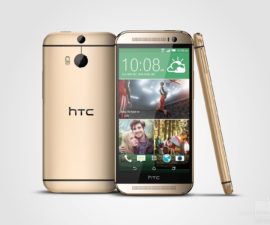 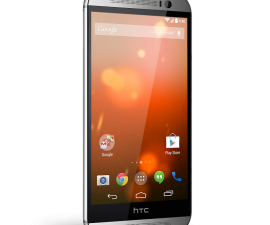 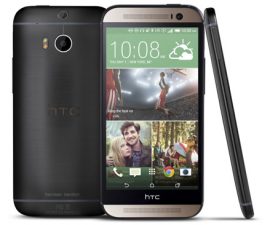 Use RUU To Restore To Stock Firmware If you accidentally …
June 6, 2014 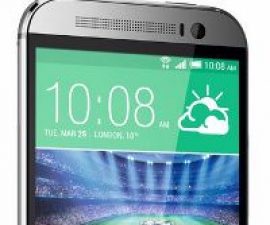 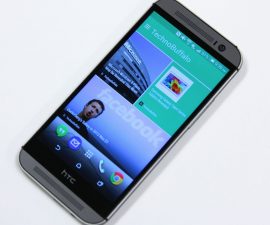