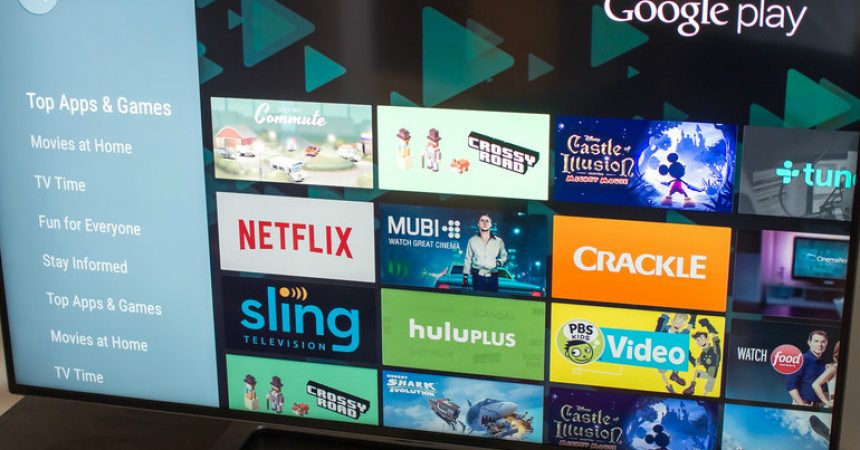 Shield Android TV is one of the finest Android TV’s to date before its release we had lacked devices in our entertainment center, all had same mundane there was no need to learn about them before buying them. However when it comes to NVIDIA shield, the device has a lot more to it than usual mundane features. The price of NVIDIA Shield Android TV is $199 which is worth it because of all the new options and feature it offers. There are eight important things that you need to acquaint yourself with before buying this TV and those eight things are as follows

NVIDIA shield Android TV offers a 4K video output option, the power of the processor and with the help of HDMI 2.0 and high bandwidth HDMI can offer the users with a limited watch and the 4K content available on channels like Netflix and YouTube

As reported, earlier this year the cost of most of the 4K TV’s decreased by leaps and bounds, hence there is a possibility of the fact that most of the people have it in their houses already and if they don’t then the chance of having a cable I.e. 4K are much higher. There is no doubt in the fact that the TV’s will be able to manage the higher resolution i.e. 1080p as it is a set standard for all the TVs. If this happens than the content option of the TV will also expand calling in for more features and you will be able to watch the local content on 4K.

After you have bought your Shield TV you are not just  trapped with what the device has to offer which is the double 3.0 USB ports along with a Bluetooth which lets you get free from being stuck with the stuff that is present in the box only, these feature makes the user expand it. You can easily add more peripherals to the box with the help of USB ports that work. You can do the same thing with the Bluetooth from where you can easily connect your game controller with the device even if it’s not a NVIDIA controller. The fact that the users can expand their gaming options by adding peripheral is very helpful.

The Wireless game controller that comes with the TV works very efficiently, however if you have an old controller that is working fine. Then there are slight differences between the new controller and the old one with new lollipop looking controls and LED on the front. If you are planning to use the older version than after you connect the controller the computer may ask you to update the firmware of the controller but once you are done with it you will have access to great gaming platform.

Buying a 59$ controller with the 199$ Android TV is a good purchase and also gives you room to unboxing and getting right to the games. A controller can perform every single function that remote performs. However it is not an advisable choice for those who just quickly wants to go and manage the video controls.

If your Shield TV will not b used for haming purposes most of the time and you have no plans of handing over to kids mostly so that they can play then you should definitely go for the Shield remote which costs 49$ the outlook of this remote is metallic with an audio jack and a clever design. The remote can even be recharged by using USB, which a user can do easily at the back of the TV.

Once you have bought your Shield TV the next question that quickly follows is whether you bought a 16GB one worth 199$ or the 500GB model which worth 299$. While most of the gamers may prefer the 500 GB storage model but one thing should always be kept in mind i.e. you can always use a MICROSD card in order to increase the storage space. When you put in the SD cards you will receive tons of options, you can specify a certain percentage of the card to be used or you can opt for the options that apps may automatically move towards the SD card. The fact that you can easily get a 64 GB card for less than 25$ it will be good if you go for the cheaper Shield Model.

No matter what efforts are being put in by manufacturers in the set top boxes still the software is mostly controlled and managed by google. Google is doing a fine job providing for its users but then if there is some issue with device than that means the issues are for everything that is running the software. The TV is definitely one of the finest with all the desired features but it can get a bit rocky when quite a lot of apps are games are opened at a same time. Though voice search can be of help however you are not always in the position to use voice controls. The play store of the TV is lagging far behind than those of the tablet or mobile and the apps also lose the connection often. There is one more issue which is that the user will not be able to find shows and content from big TV channels as of yet.

Shield may not have a lot of options to choose among but it’s not the same with games. GRID and Game stream are the two software namely that helps in expanding the gaming option. Game stream lets you play the games available on your PC. If you are a die-hard gamer and is ready to put up a painstaking setup then game stream can definitely bring in a lot of fun. However GRID is more common and provides more access, the GRID service is free and is also being offered in beta until and unless NVIDIA straighten their issues. WE can’t recommend against trying it since it is one of the best options available.

Most of the NVIDIA products come along with green LED’s; it is hard to ignore it. It can be really distracting most of the times especially while watching movies late at night but thankfully these LED’s can be turned off. What you have to do is make few clicks by going to the setting and turning them off for as long as you want and can switch them back on when needed. 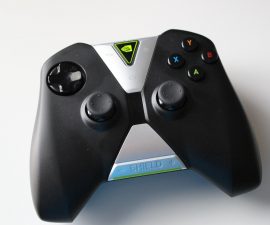 the SHIELD Tablet The NVIDIA SHIELD had been a personal …
July 27, 2014 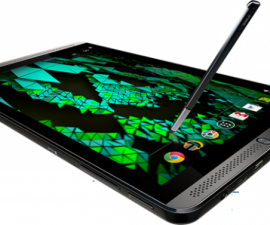 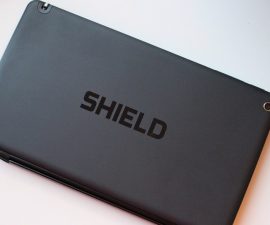