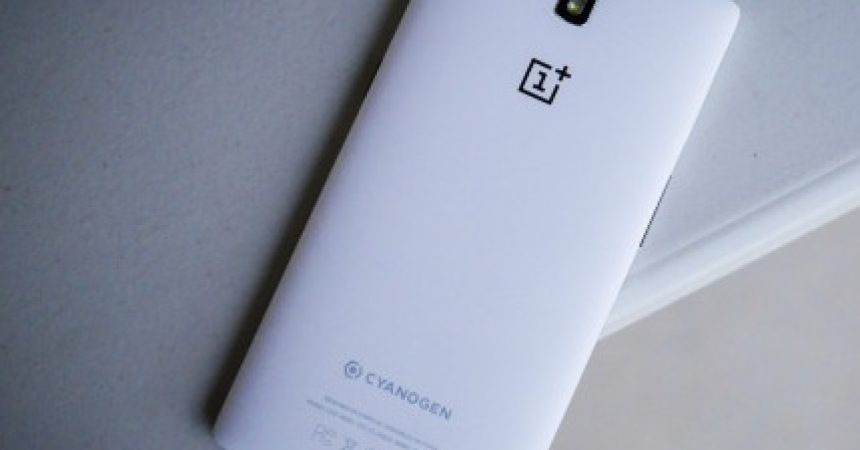 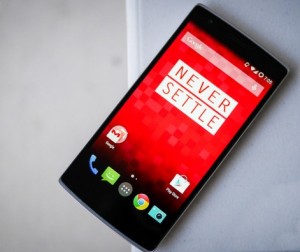 The OnePlus One, which proclaims itself the “2014 Flagship Killer”, has been highly-anticipate and now it’s finally here. In this review, we take a look at whether or not it stands up to its company’s tag of “Never Settle”.
Design
• The OnePlus One has a large screen. It’s display is 5.5 inches.
• The front camera on the OnePlus One is place on top of the display while the capacitive keys are placed below the display.
• You have the option the render the capacitive keys inactive and just use on-screen softkeys.
• The power button can be found in the lower right side of the phone while the volume rocker is placed on the left side.
• The top of the phone has a headphone jack
• The bottom of the phone has a dual speaker and a microUSB charge port.
• The back of the phone is covered in a smooth plastic that has been referred to as “baby skin”. This soft plastic was created by a company called Cashew.
• The material feels good in your hand, finding the balance between sticking to your hand and not being too slippery. It also feels nice when you hold the phone up to your face, like for talking or making a phone call. 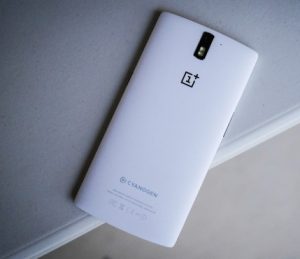 • The back of the phone has a 13MP camera and the OnePlus and Cyanogen logos.
• The back cover can be removed and there are supposed to be customizable covers coming.
• There is a problem with removing the back cover as it can seem complicated. First you need to remove the SIM tray, and this is difficult as the hole you need to press to pop it out is rather deep and you need to use a paper clip or long needle.
• The OnePlus One is a large phone but because of its tapered back and thinner profile, its actually easy to hold and can be used one-handed.
• The dimensions of the OnePlus One are 152.9 x 75.9 x 8.9 mm and it weights 162 grams.
• The OnePlus One comes in Sandstone Black and Silk White
Display
• The OnePlus One uses a 5.5 inch 1080p IPS display.
• The display gets good colors and the brightness that is the IPS’s signature allows for a good viewing experience even if in broad daylight.
• The screen has a pixel density of 491 ppi. This renders text sharply for reading as well as web browsing.
• The OnePlus One display has good viewing angles.
• Media consumption is also nice with the OnePlus One display.
Performance
• The OnePlus One has one of the most powerful processing packages that are currently available.
• The OnePlus One uses a quad-core Qualcomm Snapdragon 801 which clocks at 2.5 GHz.
• The processor is backed by an Adreno 330 GPU and 3GB of RAM.
• The processing package plus CyanogenMod’s optimizations make sure that working is a breeze, multi-tasking is accomplished easily and smoothly, and web browsing and gaming are great too.
• There is a quick boot ability which allows the phone to be turned off at a lighter state for faster launch times. You can turn your phone off to save on battery life but get back into the operating systems quickly as needed.

Storage
• No expandable storage
• Offers two versions with two different storage options: 16 GB and 64 GB.
Speaker
• The OnePlus One has a dual speaker set up that is places at the bottom of the phone.

• The speakers provide audio that is nicely load if not very rich.
• Using headphones, you can apply Cyanogen’s AudioFX app which gives you presets and equalizer freedom as well as a bass boost.
Battery
• The OnePlus One has a 3,100 mAh battery unit
• This is a standard battery size and gives a standard battery life.
• While there are no real power saving features in the OnePlus One, we didn’t really find that we ran out of power before going to bed.
• A normal runtime is a day and a half with frugal usage.
Camera
• The OnePlus One has a Sony Exmor IMX214 but it uses Cyanogen’s camera app.
• The camera has a 13 MP resolution for 4:3 aspect ratio in photos.
• The camera app has a lot of features which are built around Google Camera’s interface. • The app has a lot of live filter and scen modes to choose from. There are also settings for exposure and ISO compensation and to change the codec of video capture.
• Colors are good, not too dull but not too saturated. The level of detailed captured is nice.
• Camera performs okay in low-light conditions.
• Focusing speed is decent.
• You get 4K video capture for good quality videos but, if you take a lot of videos, your going to use up a lot of your storage. A 3 minute video takes up 1.5 GB.
• Slow motion video is available with a resolution of 720p.
• There is also a front facing 5 MP camera in the OnePlus One for those who like taking selfies.
Software
• The OnePlus One uses CM 11S which is the most recent version of CyanogeneMod
• The feel of the CN 11S is very close to that which you would get on a stock Android. • There is a showcase app which allows you to pick and use various these to customize your phones looks.
• Other features are on screen gestures. Some of the pre-programmed gestures are: double tap to wake, drawing a circle on the screen to go to camera and others.
• The OnePlus One has the Cyanogen app Voice+ which allows you to use a messaging app when sending or receiving an SMS though Google Voice.
• WhisperPush is a security and privacy app.
• Privacy Guard lets you see what apps are doing when they access pieces of info like your location.
• Screencase allow you to take screen captures.
The price of the OnePlus One is around $299 for the base model with 16 GB of storage and $349 for the model with 64 GB of storage.
The OnePlus One is definitely a great looking and quality device. Its performance is good and the camera quality is above average. For the price you’re paying, this powerful device seems almost to good to be true.
What do you think about the OnePlus One?
JR 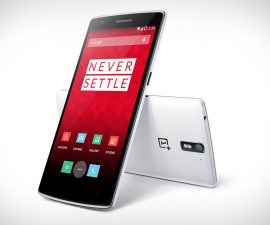