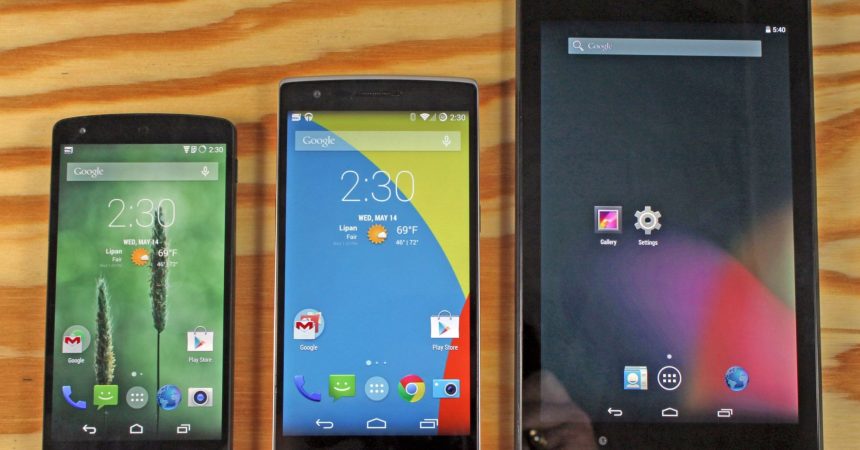 To sum things up, it’s difficult to create a smartphone with a top-of-its-game hardware, a slim body, a good software – then call it a flagship killer and sell it for a price that is only half of what is being asked for by competitors. The OnePlus One is one such phone, and comes with some shortcomings. But being the first phone offered by the manufacturer, it’s a good first effort, and is definitely worth a try. 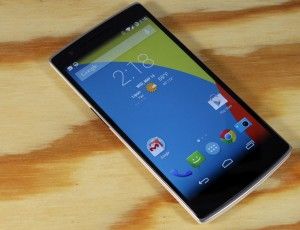 In terms of style, the OnePlus One is what you would describe as a conservative phone. There’s little room for experiments, possibly because it’s the manufacturer’s maiden phone, and instead stuck to the big-screen form that is common among smartphones today. The buttons are also placed at the sides, and though there are no fingerprint scanners, it’s fine because OnePlus caters to those people whose tastes are more discriminating.

The OnePlus One also has a plastic body that is sturdier than other polycarbonate devices. The One feels more solid than the Galaxy S4 and the Nexus 5, and is actually comparable to the great build quality of Motorola and HTC. The plastic back of the 16gb model is removable (with a bit of effort), but the battery is non-removable, though this is not a big problem because of its large 3100mAh capacity. The phone has an 8.99mm profile and the NFC module is embedded in the One’s back cover. 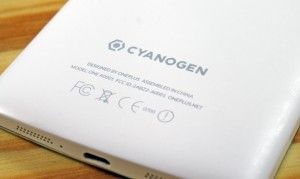 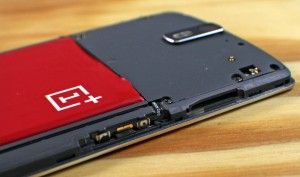 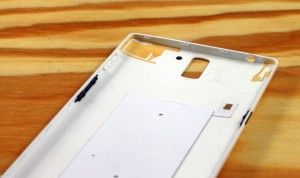 The screen is made of Gorilla Glass that floats on a plastic bezel. It actually looks better than the “metal” bezels of other Samsung phones. A multicolour LED notification light can be found beside the front facing camera, which is actually a great feature to have.

The matte finish of the plastic back prevents fingerprints from showing. The hardware of the OnePlus One is easy to appreciate. It’s not really on top of the aesthetics game, but it is still surprisingly competitive.

Different people like different sizes for their smartphone: it is a matter of personal choice. But generally, the boundary for most people is 5” because that’s the size that is usable with one hand. The One, being a 5.5” phone, requires both hands, but the slim bezels allow some actions to be done with just one hand. The larger screen is great for videos and web browsing, but it’s still big enough to be converted to a mini-tablet like the Oppo N1. 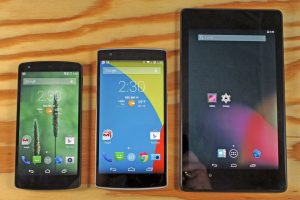 The 1080p LCD panel employed in the OnePlus One is not the best and definitely not comparable to the Super AMOLED panels, but it is still okay. The colors are bright enough, the text is sharp, and the videos are easily viewable. There is no noticeable light bleeding. The auto-brightness of the OnePlus One is not great when used outdoors, but you can manually adjust the brightness (thanks, CyanogenMod) to improve it. Even as a budget phone, the screen does not disappoint – and that’s a big plus.

The power is at the right side of the phone while the volume is at the left side. The buttons are a bit too thin and hard, but is still easily usable. The navigation panel is interesting. There are capacitive buttons for menu, home, and back, but it’s a bit difficult to see them especially outside because of the weak backlight. The thing with the capacitive buttons is that it’s not similar to the usual format of Android phones, where the back button is on the left side. With the OnePlus One, the menu button is the one on the left side.

Some of the default layout, thanks again to CyanogenMod, can be changed. The menu button can be changed to activate the “Recents”, so you can still make the layout similar to the standard Android phones. You can also customize long tap actions for the menu and home buttons, and the double tap action for the home button. Only the back button cannot be changed.

Aside from these, Cyanogen also allows you to totally ignore the physical buttons and instead use an on-screen navigation bar. When activated, the virtual navigation bar will ignore all input from the capacitive buttons, and its backlight will be disabled. The virtual buttons can also be rearranged, added, or subtracted. You can, for instance, add a search button. Plus Google Now’s swipe up option can be changed or expanded into three actions. The navigation bar can also be hidden then summoned by swiping from the bottom of the screen.

The capacitive buttons option is a good idea for the OnePlus One, as it can satisfy both types of users – those who are okay with the physical buttons and those who prefer the on-screen ones.

The OnePlus One has a quad-core Qualcomm Snapdragon 801 processor that has has a top speed of 2.5GHz. The Adreno 330 GPU and the 3gb RAM makes it a match for the Oppo Find 7 and the Xperia Z2, and it even has a bigger RAM than the LTE version of the Galaxy S5 and the HTC One M8.

The OnePlus One does not experience slowdowns, which can be attributed to its hardware. CyanogenMod has a lighter RAM than TouchWiz or Sense, so it guarantees a smooth experience. Even XCOM: Enemy Unknown, which is the most intensive game running in Android, looks better on the OnePlus One than on other devices.

The hardware of the One is a powerhouse that is cloaked in a rather cheap body. OI also has a sturdy chassis that is even better than the Nexus 5.

The phone has two real stereo speakers resting at the bottom, on both sides of the USB port. The speakers provide loud sounds, approximately 1.5 times louder than a single speaker of the DROID MAXX. The sounds are audible no matter which side the phone is facing, and it’s great even for listening without headphones. 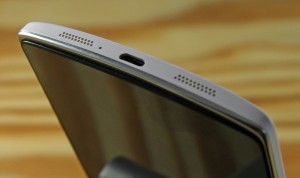 The reception of the OnePlus One is also good even in a remote location. The LTE signal also works reliably. Call quality was a bit problematic at first because of the volume, because the earpiece is too soft, making it difficult to hear the person on the other side of the line even if you are in a quiet room. A software update was successfully able to improve the volume of the earpiece, and the other party can hear you clearly.

The 16gb model of the OnePlus One is sold for $299, which is okay, but the fact that it has no microSD card slot is a real turnoff. It’s contrary to the “never settle” mantra adapted by OnePlus. Users are left with 12gb of space as the CyanogenMod software uses up 4gb of storage. It is probably wiser to spend $50 for the 64gb model, because competing phones offer 32gb models for an additional $100.

The 3100mAh battery of the OnePlus One lasts well to more than a day, even if you are heavily browsing and watching on Netflix through WiFi. The phone can also survive for a whole day even when you are using the more draining mobile network.

The phone’s camera is easily the One’s weakest point. It is way below the quality produced by similar sensors of LG and Samsung’s flagship phones. The images are preferable to the ones provided by DROID MAXX, so it’s not really the worst.

Despite the 13mp rear camera on the OnePlus One, the image quality produced is still not great. The photos are washed out and have poor contrast. The Sony Exmor camera and F/2.0 lens combo are said to provide better results, but such is not really the case. The low F-stop value still gives out flat colors and poor contrast. The images are taken in a 4:3 format that is not changeable. 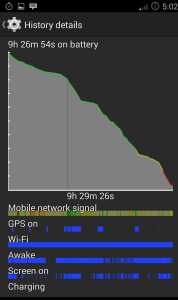 The videos are also washed out and lack optical image stabilization. The phone can take videos with 4K resolution or slow motion (at 720p).

CyanogenMod 11S is used for the OnePlus One, which is basically a customized version of the Android 4.4.2 platform. There are several advanced options for the power users, which is awesome. It provides a lot of options (that make sense) than the other smartphones. 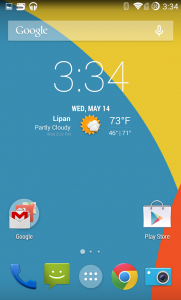 The OnePlus One has some custom apps:

The review unit has some bugs with the pre-release software, but this was easily fixed with the software update. The phone has an unlockable bootloader that would work well with ROMs that are formatted properly. Some of the great features of the CyanogenMod include:

CyanogenMod is definitely the star in this phone, and it’s contributing well to the good performance of the OnePlus One. The software of the device is likeable because it is easily customizable and it runs on the latest version of Android.

The OnePlus One surely is one of the best high-end devices in the market right now. It costs much less than the flagship phones of Samsung, Sony, HTC, and LG. The 64gb version is also cheap for only $350, and you get an amazingly good hardware and software for that.

The thing is, OnePlus works through an invitation system, so you can only buy the OnePlus One in June through an invitation. This can be received by going to a OnePlus forum or by following its social promotions and waiting for updates. The manufacturer claims that this is a way to thank its loyal fans, but in reality this could be to limit the distribution of its limited stock. It’s a shame because it almost insults people who have been excited for the release of the One. The company should instead just increase its stocks and not exude an “exclusive” vibe.

The OnePlus One is a successful maiden phone release. The device is powerful and flexible, and can be bought at a very affordable price. The updates and software from CyanogenMod is a plus for people looking for an unlocked GSM device, especially those with a tight budget. The overall specifications are great, it has excellent build quality, the battery life lasts long, and the software is amazing. The only downside is the camera, but for those who are not keen on taking pictures, this won’t be a deal-breaker. More than anything, the invite-only system should be changed immediately, so that people would be encouraged to buy the product.

The OnePlus One is worth a buy. What do you think? 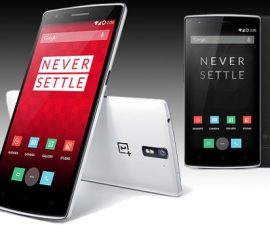 Root And Install TWRP Recovery The OnePlus One is available …
June 15, 2014 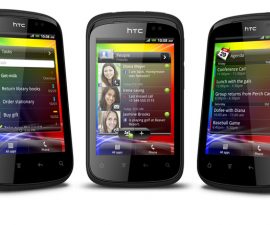 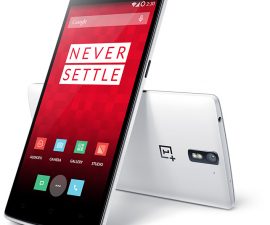 Restore Stock/Official Firmware On A OnePlus One If you have …
October 5, 2014 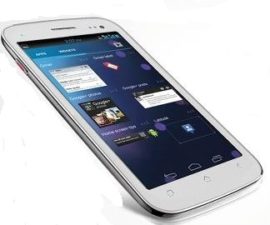 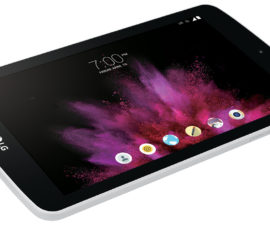