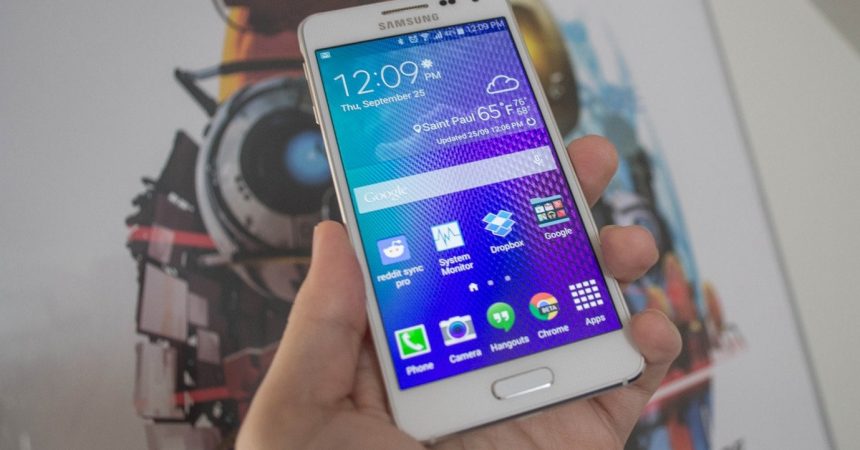 Pros and Cons of the Galaxy Alpha

The Android devices produced by the Korean OEM Samsung had been very successful in the past years. Consumers keep on wanting to be updated with the latest release despite the limited changes from the previous model. This trend changed with the Galaxy S5, which saw smaller sales than the one projected, and led to a decline in profits for the company.

The Galaxy Alpha is the first stage of the “change” that Samsung found itself in a position of. It has a lot of similarities to the Galaxy S5 – it’s actually what consumers would hope for in the Galaxy S5 mini. 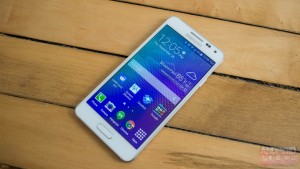 The Galaxy Alpha resembles the iPhone 5 or 5s, given the aluminum band, the rounded corners, and the polished chamfers.

The home button could still be found in between the multitasking and the back button and there is a fingerprint scanner behind the home button. It would have been great if Samsung would finally do away with the physical buttons, but this issue is easy to overlook. There is no backlight for the buttons, you’d have to press it for the backlight to appear.

The 12mp rear camera and corresponding flash can be found at the top. Beside the camera is the heart rate sensor. Meanwhile, the speaker (still at the back) is found at the bottom edge, right beside the microUSB port. The European version has a 20nm Exynos 5 octa processor and a 2gb RAM. The US version will be Snapdragon based.

The good points:
– It has excellent design and is easily the most beautiful created by Samsung. The metal frame makes it feel sturdy to hold, it doesn’t creak or bend, as compared to the seemingly flexible feel of the Galaxy S5 because of its plastic midframe.
– The Galaxy Alpha weighs only 115 grams.
– The speaker is small but it still gets loud.

The points to improve:
– Physical buttons could be omitted.
– The back panel of the Galaxy Alpha is also made of thin plastic like the one used with the Galaxy S5, although the Alpha’s is thinner. It’s smooth and grippable, but it still feels cheap as it doesn’t quite match the aluminum frame.
– The Galaxy Alpha has no USB 3.0 and no slot for a microSD card. The 32gb built-in storage compensates for this deficiency. 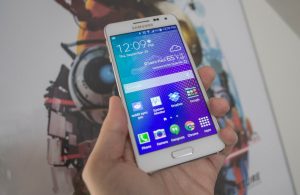 The good points:
– The 4.7 inch Super AMOLED display is the perfect size for people who like to use their phones with one hand. This makes the Galaxy Alpha 0.4 inches smaller diagonally than the Galaxy S5. It is also only 6.7mm thick, so it’s very comfortable to hold.
– Colors are vivid, although a bit oversaturated when used at default levels.
– Brightness is good – blinding at max, and dim at its most minimum. This makes the phone perfectly usable outdoors even under sunlight, and also great for dark rooms.

The points to improve:
– The Galaxy Alpha operates on only 720p Super AMOLED and uses only PenTile; hence, the definite fringing. Unlike the Moto X which also operates on only 720p, it still has a full RGB matrix sub-pixels, so it still looks fine. The Alpha would have been better off with a 1080p screen. Regardless, the screen is still better than former Samsung phones operating on 720p, possibly because of the diamond formation that is similarly used with the 1080p screens.

The rear camera of the Galaxy Alpha is only 12mp; smaller than the 16mp camera used in the Galaxy S5. It’s probably Samsung’s way to show its consumers that the Alpha is not the replacement for the S5. The camera and the heart rate sensor also protrudes at the back by a few millimeters.

The points to improve:
– Colors are more muted than that of the Galaxy S5 under ideal lighting.
– Low lighting remains an issue. Like the Galaxy S5, photos in the Galaxy Alpha that are taken under low lighting are sometimes noisy. It doesn’t always happen, so this may be resolved by some software tweaks.

Overall, the camera is not excellent, but it’s still good. Only, it’s not competitive to the cameras of flagship devices such as the Galaxy S5 or the LG G3.

The 2800mAh battery of the was one of the best features of the Galaxy S5, so the device can last two days of average usage with 5 to 6 hours of screen-on time. In comparison, the Galaxy Alpha has only 1860mAh – nearly chopping off 1000mAh of the Galaxy S5. But given the smaller (and lower) resolution of the Alpha, as well as the Exynos 5 octacore processor, it still performs great. Battery life is average even with the smaller 1860mAh capacity. On moderate usage, it can have 3 or 4 hours of screen-on time. 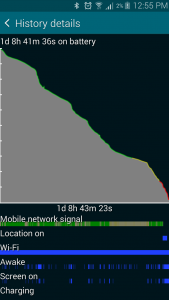 The European version of the Galaxy Alpha used for this review has the Exynos 5 octa core processor. The US variant will probably use Snapdragon and will soon be LTE-capable. There are no issues with the performance. The device also functions on Android 4.4.4 operating system, and all the other features found in the Galaxy S5. 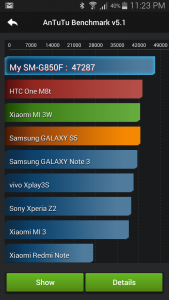 The TouchWiz in the Galaxy S5 was not bad; it’s actually bearable, unlike the past skin versions.

The good points:
– Samsung has thankfully removed or disabled by default the gesture features. The Galaxy Alpha has the similar software features lineup as the Galaxy S5, minus the Air View.
– It still has all of the premiere features offered by Samsung, such as the Multi Windows feature, the Smart Stay, the Ultra Power Saving Mode, the floating tooldbox, the Smart Pause, and the Private Mode. All features in the TouchWiz functions as intended, but then not everyone really uses these features such as Smart Pause. 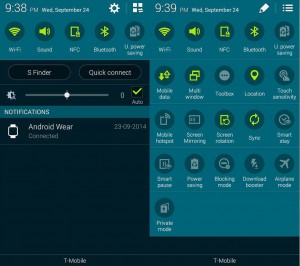 The not-so-good points:
– My Magazine. It’s still in the primary home screen panel, and still has no use. My Magazine is basically just a full screen Flipboard, which in turn is just a cheaper version of BlinkFeed. The home screen of My Magazine is sluggish and gives you a very unpleasant experience. On the good sign, you can just shut it off. Thank you, Samsung.

TouchWiz is a great non-stock launcher that is available on Android. It’s likeable, at the very least, and is a thousand times better than the launcher of LG and slightly better than that of the HTC Sense.

The Galaxy Alpha is a very likeable device. Even for people who are starting to prefer phablets, using the Galaxy Alpha is still a great experience The design is very classy (if you could just ignore the cheap plastic back) and it has great specs. Samsung’s “mini” versions of its flagship phones are usually cheaper versions with less RAM and a not-so-pretty build design, but the Galaxy Alpha, although not a mini-S5, fills the gap.

The overall design makes it look like an iPhone 5 or 5s. It’s not ergonomic, but it is comfortable to use because of its light weight, and the overall dimensions fits it into the usable devices with one hand. It has a very good quality that people could easily fall in love with. The European model costs a whopping $700, and that is very expensive, especially as it doesn’t have LTE in North America. The price makes you think twice about buying the device. It is fairly comparable with the Galaxy S5 – it has a lot of similar features – but the Galaxy Alpha has a lower resolution, a smaller (but still good) battery, a less premium camera, and it has no slot for microSD card. The price boost could be largely because of the metal frame, so if you’re the buyer who prefers to choose a phone based on overall attractiveness, then the Galaxy Alpha’s price won’t matter that much.

What do you think about this device? Tell us about it through the comments section below! 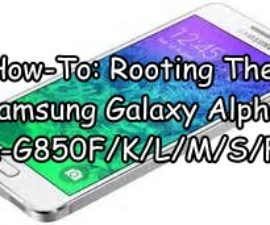