Vlingo, an Android app comes to solve some common issue like using your devices while driving is an absolutely dangerous thing to do, not only for yourself but also for the other vehicles around you. But while on the road and traffic or emergency strikes, most people find it impossible to stay away from their phones. Thankfully, developers have come up with a temporary (and fractional) solution for this scenario.

Vlingo is a voice recognition technology that allows users to have some control of their devices even while on the road. An Android version of Vlingo has been released and you can now purchase the Vlingo Android version for $9.99

The basics of Vlingo 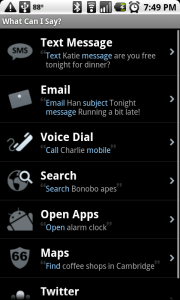 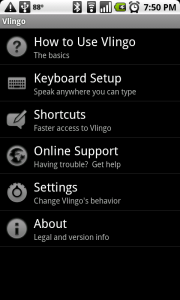 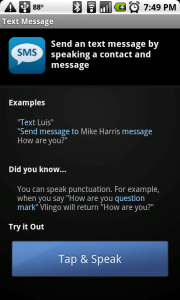 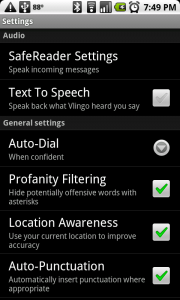 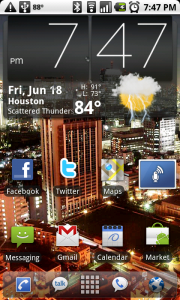 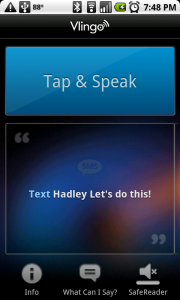 Vlingo is an app that is very easy to like/love. While it may not be very great to use it in a public place (would you talk to your phone in front of other strangers?), Vlingo is very useful to keep your driving on the relatively safe side by activating voice prompts so that your attention will not be as divided as when you’re typing on your device.

The app, like others, has its downsides. This includes – first and foremost, the price. Many people might actually reconsider using or even downloading the app because of the $10 price tag. Another downside of the app is that it is dependent on a network connection, so if you have a weak signal or poor connection, then you might end up being frustrated with it. Also, as mentioned earlier, the voice control is not 100 percent accurate, especially when it comes to complicated names, etc. Bear with it – according to the developers, the app will be improved over time.

All in all, Vlingo is a very useful and helpful app for just about anyone. The two main features of the app, which is voice recognition and safe reader, work fine and are useful in the above-mentioned situation. Aside from its little quirks and limitations, Vlingo is easily on top of the most functional and favorite apps in the Android market today.

Did you try using the app?

What can you say about its features??