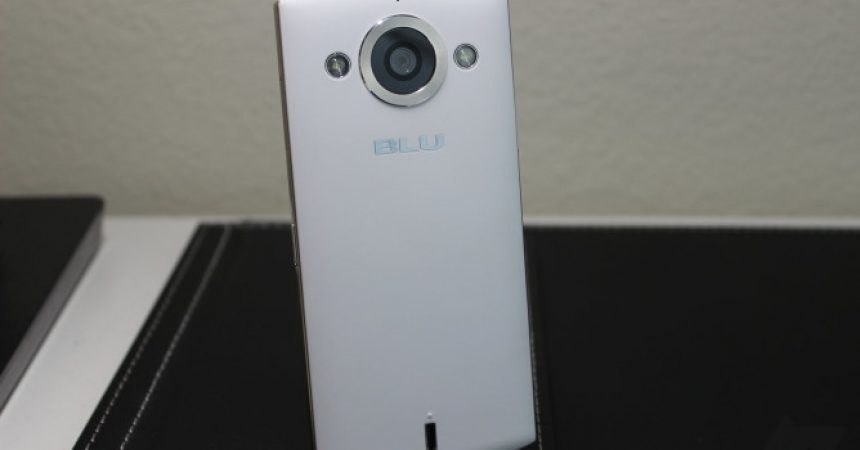 Almost everyone nowadays owns a smart phone, be it a student or professional, child or an elder, male or female. This device has penetrated all the sections of the society from all walks of life. Smart phones have become really commonplace now with cheaper phones available with better specification. However, there is one key requirement every smart phone enthusiast has when it comes to his/her priorities. It is apparent that a smart phone never qualifies to be smart unless it possesses a good quality camera. In this article, we shall introduce an all new device which was unheard of up till now, but has started mark its presence in the global world of technology.

The name of the phone is Blu Selfie which is pretty self-explanatory as to what it aims to provide. The phone comes with a 13 MP shooter with all the complimentary features available these days. This might not sound exhilarating but here comes the twist. The Blue Selfie also has a front camera of 13MP with a flash, which is pretty unique as most of the phones do not provide the same level of cameras when it comes to the front face of the mobile phone. However, as the name suggests, the Blu has decided to target Selfie enthusiasts especially when it comes with a reasonable price too. 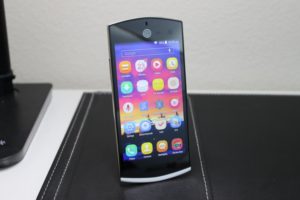 The unusual aspect of this phone is its shape. The Blue Selfie has an oval sort of shape from the top and bottom with hard edges. It might be that the company wanted to make the shape unique but some people might find that uncomfortable to hold. Otherwise, it has a solid feel with a robust body which makes it pretty much user-friendly. The back comes with a durable glossy plastic and the sides made up of aluminum. At a price of $250, the build quality is impressive to say the least.

The power button is on the top and volume adjuster on the side left panel. And of course there is a dedicated camera button on the right side with SIM card slot port. Your standard micro USB port is on the bottom of the phone.

The back cover bears a huge camera lens, which is otherwise usually smaller and compact. However, Blue Selfie intends to make a statement with a bigger camera ring and dual 13MP flash lights. Similarly, the front panel has a 13 MP camera above the centre of the screen with its glam flash. The color combination is pleasant as it has clear shiny black front panel, a silver aluminum lining on the edges and a pure white back panel that makes it stand out from the rest of the lot.

One of the strangest aspects I came across was the SIM tray. As the phone is dual-sim handset, it obviously comes with two entry points. However, much to my surprise, there is only one slot for not only both the sim cards but also the micro SD card! This means that the user can use one micro-sim and other one must be a nano sim. Now for the SD card to be inserted there is only one trick: take out one of your sim cards and insert the memory stick in its specific orientation. This peculiar design still remains a mystery as to why Blu decided to keep one port for three cards. Versatility and compactness is always appreciated but not at the cost of other services. This clearly remains a big drawback for the users. 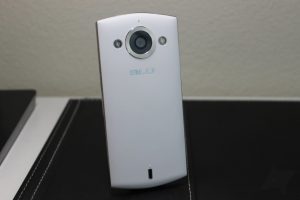 The Selfie has a 4.7 inch 720p display. For the non-techy people, it means that the display would be HD (but not full HD which is 1080p) which really makes it for a decent display on papers.720p at this screen size means a pixel density of 312 PPI which is quite impressive. Comparing it to many high-end phones, the display simply looks awesome given that it still comes under the banner of lower-resolution phones. In a nutshell however, I would definitely give it a good score based on picture clarity and color saturation. Needless to mention, it comes with Corning Gorilla Glass 3 which makes the screen scratch resistant and shock-proof.

Camera has been the talking point of the discussion and still remains. I would just jump into technical nitty-gritty’s of the cameras.

Now like most of other companies, Blu has special camera software which they call as ‘Final Touch Software’ which offers many options for image modification and enhancements. Some exclusive features include eye modifier, face thinner, smooth skin and skin brightener etc. This seems to be a delight for teenagers specially girls!

Enough said on the description, we shall now let the pictures do the talking. 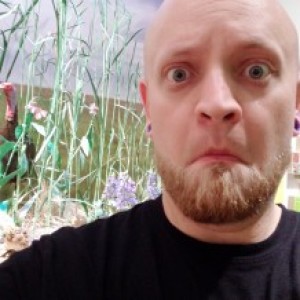 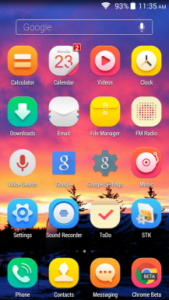 The Selfie has a stock Android KitKat version pre-installed. Some of you might be disappointed that it does not come with the latest Android Lollypop which is indeed a downside. The Blu uses a different kind of launcher similar to that of iOS so you get a dual feel of both iOS and Android. However, the user can download different suits according to his/her preferences.

With its spectacular design and an amazing camera, The Blu Selfie does enough to have my attention. The value for money is excellent and when you can get such a pack of features within 250$, you will certainly give it a chance. Although, it has some drawbacks such as lack of LTE support and Android Lollypop, the camera simply stands out. I personally dislike the kind of cheesy name it has been given. I understand the concept of marketing here but the phone does not just stand for camera; it is pretty decent overall. Now coming to its name, most elderly people will avoid this sort of phone just because of its mere name. Imagine your dad owning a “Selfie phone”. Doesn’t just fit into the picture right!

With that being said I still believe the phone is perfect for teenagers and even people in their mid ages. The company is still new and lacks the cult effect, but rationally speaking and analyzing, you cannot have a better phone than the Selfie under 300$. My final verdict- If budget is a constraint, then definitely go for the device. That is it from my end.

Please let us know about your review of the phone.