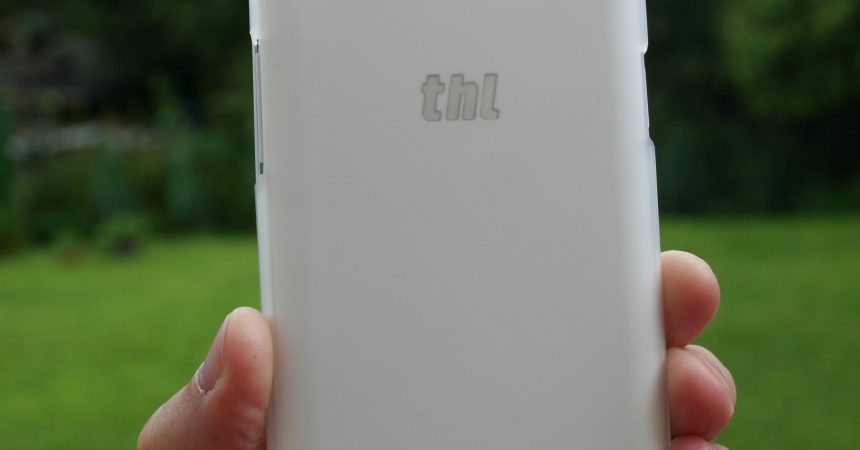 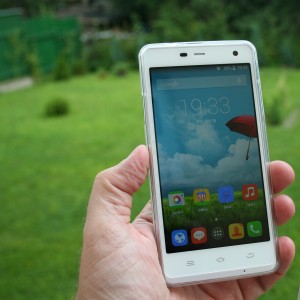 • The dimensions of the ThL 5000 are 145x 73 x 8.9 mm and it weights 170 grams
• The ThL 5000 is a little wider and longer then the Nexus 5. This to accommodate the larger battery but it’s not that big a difference.
• Because of the larger battery, many people might think that the ThL 5000 would be thick but its actually thinner than the Nexus 5.
• The design has not changed much from previous ThL devices. The earpiece and the front camera is above the screen. The bottom of the screen has three capacitive keys, the home button, the menu button and the back button.
• At the top of the phone is a USB port that can be used for both charging and data transfer. A 3.5 mm audio jack is also on the top of the phone.

• At the back of the phone is placed the 13 MP camera with an LED flash. The back also has the small speaker grill.
• The right of the phone has the volume rocker while the left had the power button.
• The design is sleek and the phone has a dimpled plastic exterior. 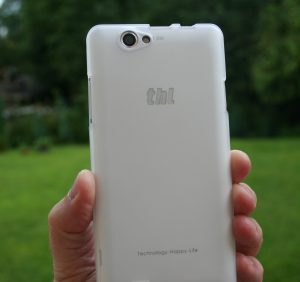 • The display of the ThL 5000 is a 5-inch with full HD resolution (1920 x 1080)
• The IPS display gets good definition and has good color reproduction.
• The screen is clear and sharp with high detail and crip text.
• Corning Gorilla Glass 3 protects the display

• The ThL 5000 uses a MediaTek octa-core processor
• Running at around 2.0 GHz, the processor of the ThL 5000 is the fastest so far for a ThL device.
• The octa-cores used are ARM Cortex-A7 cores which are said to be more energy efficient than others. By using Cortex-A7 cores, the MediaTek processor is able to provide high-speed performance with low battery drainage.
• The ThL 5000 has an AnTuTu score of 28774
• When tested with Epic Citadel, the ThL 5000 scored 50.3 frames per second on a High Performance setting. In a High Quality setting, it scores 50.1 fps
• Previous ThL phones had problems with GPS and Bluetooth working simultaneously, this has been more or less eliminated in the ThL 5000. While there is some stuttering and lag in Bluetooth when a GPS related app starts, but this only lasts a few seconds.
• The GPS in general works pretty well as does the compass.

• The battery of the ThL is a 5000 mAh unit. This is a big battery for the average smartphone.
• The ThL 5000 battery is a silicon anode Li-polymer battery. This type of battery has greater density which means that it – and the phone – can be relatively thin. 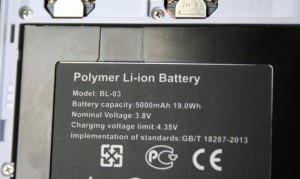 • The battery is non-removable.
• We tested the battery under a few specific situations to see how long the battery life was:
o Epic Citadel in Guided Tour mode: 5 hours
o YouTube streaming: 10 hours
o MP4 movie: 10 hour
• The official talk time given for the ThL 5000 are 47 hours and 30 hours for 2G and 3G respectively. We tested this, perfoming a 3G calling test and found that after around 40 minutes, battery drops just 1%. This means that the quoted talk times could really be genuine.
• You can probably get at least two full days of use from the battery of the ThL 5000 if you use it carefully.

• The ThL 5000 offers the standard connectivity options: Wi-Fi, Bluetooth, 2G GSM, and 3G. In addition it supports NFC.
• The device has slots for two SIM cards.
• 3G on the ThL 5000 is supported on 850 and 2100 MHz. This means that the phone can work in most places in Asia, South America and Europe but not in the US.
• To use it in the US, you will need to used GSM.

• There are two cameras in the ThL 5000, a front-facing 5 MP and a 13 MP rear camera.
• The rear camera has a F2.0 aperture.
• The front-facing camera doesn’t have autofocus.The ThL 5000 has a build in camera app but it will also allow you to download and use Google’s camera app.
• The camera app has selfie gesture mode. If you hold up your two fingers, to make a V for victory, you will trigger a two-second count-down after which the camera will snap the photo.’

• The ThL 5000 runs stock Android 4.4.2 with a few special adjustments.
• One additional adjustment is an extra control for Battery Settings known as CPU power saving mode. This limits maximum CPU performance allowing you to conserve battery life and lower the phones temperature.
• Another new setting is Float app. Float app ensures the appearance of an always on top floating square which will grant you quick access to both the calculator and the music player.
• The ThL 5000’s uses Launcher 3 from the Android Open Source Project as its built-in launcher. 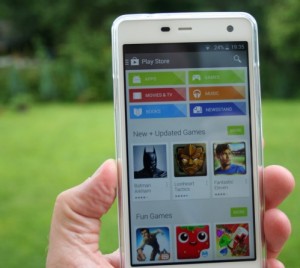 • The ThL 5000 has full Google Play support and you can download and use all the normal Google apps from the Play Store.
• The ThL 5000 has 16 MB of on-board storage; this can be expanded to as much as 32 GB using the devices microSD slot.

• Comes with the standard USB charger and cable
• Also has a not-so-standard 16GB micro SD card plus a gel-case and a USB OTG adaptor.
For battery life and more, the ThL 5000 is an excellent phone. Especially when you consider that it’s priced at just around $269.99. The deal breaker here is probably the battery. While there may be other good phones prices along the same lines as the ThL 5000, most will not have as big a battery.

If you happen to own one, what are your thoughts regarding ThL 5000? 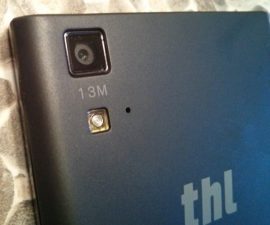