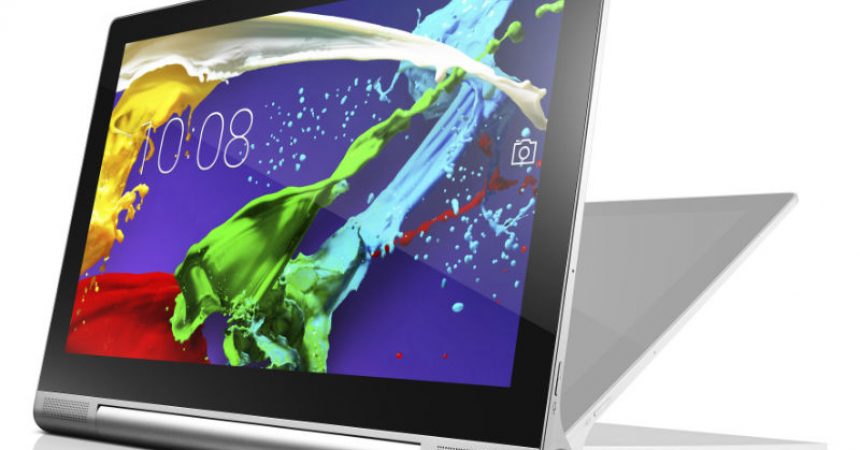 The Yoga Tablet 2 Pro practically contains almost everything – save a stylus – that makes this 13” device interesting. Lenovo just demonstrated the flexibility of an Android hardware; how various manufacturers can create several features. The performance of the Yoga Tablet 2 Pro, is, however, not very remarkable. 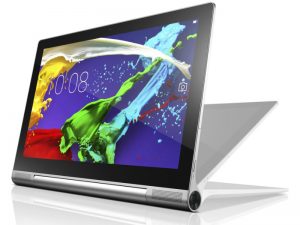 Design-wise, the Lenovo Yoga Tablet 2 pro is enormous and heavy. It doesn’t even have the thin design that most companies are now leaning towards. Instead, the tablet has a curvy battery bump and/or integrated kickstand – 22mm at the thickest point – that distinguishes the Yoga tablet.

The good points about the design include: 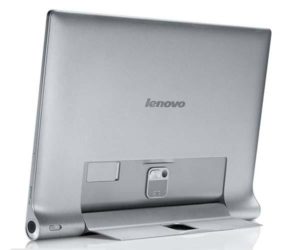 The bad points, meanwhile, include:

The power button, volume rocker, USB 2.0 port, and headphone jack are all located at the tablet’s left side. On the right side is the pico projector lens hides and the button that will activate it. The kickstand serves as a tab that holds the MicroSD slot and a SIM card slot. The dual speakers are located at the front.

Lenovo partnered with JBL to create a speaker that has a 2.1 setup composing of stereo speakers below the screen and the subwoofer under the kickstand at the back. Here are some comments regarding the Yoga Tablet 2 speakers:

The 32gb storage is an industry standard, so there are no complaints on this aspect. The only recommendation is for Lenovo to include a slot for a standard SD card since the tablet is 13”. The Android 4.4 used by Yoga Tablet 2 uses only 6.5gb of space, so you are left with 28gb for installing new apps and media.

The 9600mAh three-cell cylindrical battery is crammed into the tablet’s bump at the back where the kickstand, projector, and speaker are located. This is less remarkable than that of Samsung Galaxy Tab Pro 12.2 because Samsung was able to fit the 9500mAh battery into a flat back. Here are some points regarding the Yoga Tablet 2 Pro’s battery life:

The tablet’s 8mp rear camera has an F/2.2 lens that works just fine.

Lenovo’s Yoga Tablet 2 Pro is one of the few Android devices that has a projector, second only to the Samsung Galaxy Beam. It can be used to project up to 50 inches and is supposedly ideal to use for on-the-road video sharing or for instant presentations for businesses, but the projector of Tablet 2 Pro falls short of these expectations.

The verdict? Use your screen to play videos and avoid the projector altogether.

There are more negative than positive points to say about Yoga Tablet 2 Pro’s home screen and software skin: 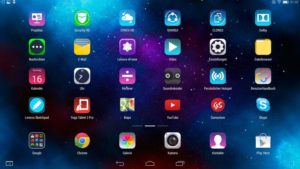 The tablet is loaded with too much junk applications just to increase the hardware margins. This is not acceptable for a supposedly premium device that costs $500. The good news is, you may use an alternative launcher and disable the apps that you don’t want or need. At least you have that option.

The Atom Z3745 and 2gb RAM used by the Yoga Tablet 2 is decent enough, but again, it’s not something that will give you the best value for your money. There are only brief moments of lag, but it still doesn’t bring the tablet anywhere near the top of the line.

Use of the tablet is more ideal for a desk than as a handheld device – it’s made ideally for that kind of niche. The location of the power and projector buttons make accidental activation of popups more frequent, which could easily make you annoyed. The kickstand is a notable feature of the device since it generally makes the tablet a good desk companion for work, since the e-mail notifications are more preferable than opening e-mails in a desktop computer. 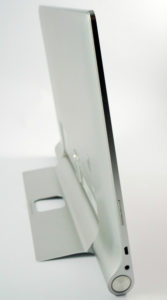 Its large size is ideal not just for video viewing, but also for connecting a keyboard and mouse. However, the tablet’s shortcomings in terms of software and hardware makes it an expensive and gimmicky device. A lot can be improved in terms of Lenovo’s ideas for innovations, particularly in its execution.

Do you own a Yoga Tablet 2? Share your experience by commenting below!