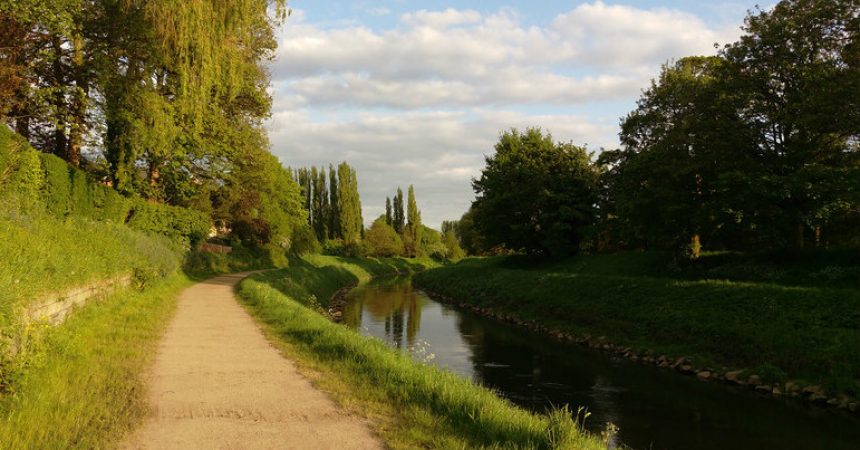 HTC One’s M9 camera may be the talk of the town but there is no doubt that HTC has one of the finest camera with lots of feature that every high-end smartphone have in it. There are a lot of options ranging from the basic and simplistic modes like HDR or panorama to RAW which makes photography a lot more fun. This post will deal with most of the features present in HTC One’s M9 camera.

There are several ways to change the camera modes in HTC One’s M9 camera. To have an overview of all the camera features hit the modes option present in the bottom left corner. After you follow this step 5 main camera modes will be available to view along with the ones that have been added by the user. One can easily jump from one camera mode to another by simply swiping right and left in portrait mode whereas in landscape mode one can jump to another mode by swiping up or down. Following are the example of few camera modes.

Most of the times the user only wants to take picture without managing the settings of the camera, so for such people M9’s automatic mode is perfect which allows to take picture the only thing that is needed to be kept in mind is if the camera is in the shooting mode or not. After clicking the picture a simple UI will appear in the top right of the screen, this will give access to preview the last pictured captured. However if a user wants to gain more control of the camera the he/she needs to tap the menu after which 6 icons will appear and by using these 6 icons one can easily gain control over a specific feature of the camera. Few of the camera features are as follows

This menu allows the user to opt between presets for the picture. This has a night shooting mode as well that allows to click pictures in low light, along with the HDR mode that helps in balancing the brightness or the darkness of the picture. Most of the part time photographers can control the settings and can have a complete hand over ISO, shutter speed and focal point.

The video menu provides you a handful of additional video choices, as compare to the prior shooting plan that worked  at the conventional thirty frames per second film mode, whereas the slow motion video is concerned as the name makes it pretty apparent it take slow mo videos at a lower resolution of 720p. It doubles the frame rate which leads to smoother video.

Max ISO gives you maximum control over the brightness or the darkness of the picture higher ISO value will lead to a vibrant but noisier picture however if the ISO value is lowered it will give a darker affect overall but the picture will be less noisy.

This also deals with the brightness and darkness value of the picture it stands for exposure value.

This gives you control over the presets so that when you click the pictures they do not appear to be highly contrasted i.e. too yellow or blue under certain condition. To allow the camera decide itself opt for the automatic white balance i.e. auto white balance option.

Go to the camera menu, click the cog icon and open the settings. These settings can assist you in customizing the camera with the options the user has configured along with the fine tune and those features that are not even the part of the main menu. Following is the information about few setting options that may help the user in getting to know the camera better

The crop option in the camera setting menu helps the user in managing the aspect ratio of the photograph clicked. The usual widescreen value is 16:9, however the sensors in camera comes at 10:7. Hence if a user wants to take a full advantage of the 20 mega Pixel then this option is surely made for them.

This option let the user hold the shutter of the camera so that multiple shots can be taken easily. The number of frames can be limited to 20 and after the pictures are clicked the user can automatically preview the best clicked shot.

This option helps you in previewing the best captured shot for few seconds and also help you in managing the preview time.

This option assists in changing the default settings if the user is not content with them. It let the user play around with the sharpness, contrast and exposure.

This option deals with the general common setting of a picture starting off from geo tagging to reducing the noise of the picture. It also deals with option like zoom in and out.

HTC One’s M9 has ability to record up to 4k resolution. The video quality option aids in determining the quality of the video that is being captured.

The following options deal with setting a time for your pictures whereas the resolution option mostly opt for the highest available quality possible but if there is a problem of storage space it can also choose the medium quality.

Bokeh mode is made to assist in producing aesthetically defocused background in the pictures. The Bokeh mode works really well. However it is not foolproof. The areas can easily be noticed where the foreground is not that blurred or it is blurred from the places where it shouldn’t be. HTC One M0 also has an old fashioned effect known as macro effect which can help in acquiring the same results.

Almost everyone living in 20th century has acquired this new taste of taking selfies i.e. self-portraits using the front camera HTC One M9 offer some options from the usual camera mode. However the self-timer option and make-up slider are pretty significant as well. The option is located in the left side of the screen which helps in smoothening of skin along with covering all the imperfections and marks.

HTC M9 uses the UltraPixel technology which is better for darker conditions where the users are more likely to take selfies rather than using the rare camera.

HTC M9 camera app acquaints its users with new RAW mode that helps in expanding the horizons of manual shooting. Through this the user can manually control EV, ISO, shutter speed and most importantly the focus. In RAW version the camera captures more information than that of JPEH. RAW captures pictures in DG format that stand for digitally negative. After clicking the picture using RAW format and later editing it via Adobe Photoshop or light room photographer can easily fine tune all the elements of the picture. RAW images take a lot of space i.e. 40MB per picture as it is responsible for capturing more information than usual.

Panorama mode in the prior HTC phones has not gained much success however the M9’s mode produces amazing effects. It consists of two shooting modes. First is the sweep panorama which assist in producing wide photo and due to the unusual dimension these are best taken as portraits. The second shooting mode is the 3D panorama mode which acts as photosphere feature taking much more time then the sweep panorama. The results after bit practice can be amazing. For this mode the user will have stand in a single spot and then move the camera all around in then there is breakdown option at the top left corner which can help in preventing troubles and the black spaces.