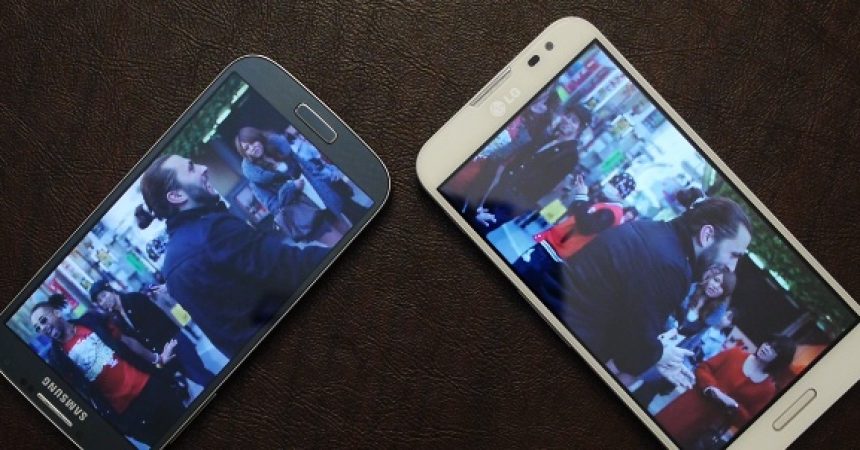 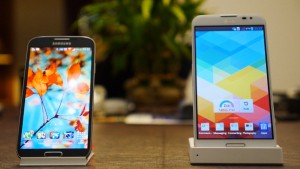 When it comes to sales, Samsung dominates the smartphone market. The company has sold 10 million Galaxy S4’s in only a month. The dominance of Samsung could credited to a marketing campaign that seems to have an unlimited budget.

LG, on the other hand, is a company that hasn’t seen as much success with just a single device. While this may be true, it does not mean LG’s devices can’t challenge Samsung’s Galaxy S4.
Both the Samsung Galaxy S4 and the LG Optimus G Pro great devices and, except for its size, the Optimus G Pro can considered quite similar to the Galaxy S4. 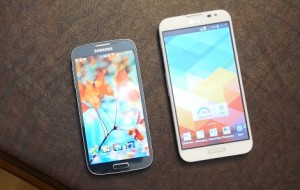 • The Galaxy S4 is about 5.3 inches tall.
• Galaxy S4 and the LG Optimus G Pro both built mainly of plastic. For some, this might make the handsets feel less premium, but it won’t bother many.
• LG seems to be taking some design cues from Samsung as the button layout of the Optimus G Pro has some similarities to Samsung’s standard design.
• The only real difference between the button layouts of the two is that the Optimus G Pro has a Q-button above the volume rockers. The Q-button used in user-defined shortcut.
• Due to its larger form factor, the LG Optimus G Pro can be a little harder to used single handed than the Galaxy S4.
• Possibly the best 5-inch device to use one-handed right now.
• The back of both devices has a camera place up and it is surrounded by a removable plastic cover.
• Both the Galaxy S4 and the Optimus G Pro well-built devices. If you prefer one that you can comfortably use one-handed, go for the Galaxy S4. But if you want a larger device and don’t mind using both hands, go for the Optimus G Pro.

• There is about half an inch difference in the screen size of the two devices, but other than that, their specifications are almost the same. 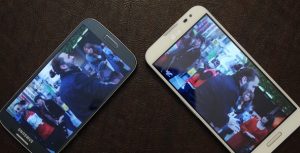 • The Samsung Galaxy S4 screen is a Super AMOLED 1080p display. This gets a pixel per inch density of 441 ppm.
• The display of the Galaxy S4 looks beautiful and saturated colors compliment the TouchWiz interface that Samsung uses on this device.
• The LG Optimus G Pro ahs a 5.5 inch True ISP display. This can also get 1080 p but it only gets 401 pixels per inch.
• While the pixel density of the Galaxy S4 is greater, there isn’t much of an observable difference. The text comes out sharp on both screens and it’s easy to enjoy media consumption.
• The only real difference between the displays of the Galaxy S4 and the Optimus G Pro lies in their sizes. If you want a large screen with less saturated colors, fo for the Optimus G Pro. But the Galaxy S4’s Super AMOLED display is not a bad choice either. Both displays are good for media consumption.

• The Samsung Galaxy S4 offers two processing packages.
• The western version of the Galaxy S4 has a Snapdragon 600 CPU that clocks at 1.9 GHz. It also has an Adreno 320 GPU with 2GB of RAM.
• This processing package gets an AnTuTu score of around 25,000
• The Optimus G Pro was one of the first devices to have a Snapdragon 600 processor. The processor clocks at 1.7 GHz and it is backed by an Adreno 320 GPU and 2 GB RAM.
• The Optimus G Pro has a lower AnTuTu score than the Galaxy S4 but performance –wise, there is no real difference.
• Whether you choose a Samsung Galaxy S4 or an LG Optimus G Pro, you are going to get a fast, well-performing device.

• Samsung Galaxy S4 comes with a removable plastic cover which allows you to remove and replace the battery.
• It has a microSD card slot so you can expand its storage by either 16, 32 or 63 GB.
•Galaxy S4 has an IR blaster that will allow you to control several different devices like TVs or even set top boxes.
• The Galaxy S4 has a lot of sensors that you can use for navigation and other applications.
• LG Optimus G Pro also has a removable battery.
• The Optimus G Pro comes with 32 GB of on-board storage
• It has a microSD slot so you can expand your storage.
•  G Pro also has and IR blaster.
• G Pro lacks some of the sensors that the Galaxy S4 does. It does have a gyroscope and an accelerometer and if you device is the eastern version, a long antenna for use with broadcast television.
• The Galaxy S4 has more to offer then the Optimus G Pro when you talk about hardware. However, if you can’t put all of the features of the S4 to use, you might be better off with the Optimus G Pro anyway.
Battery and camera 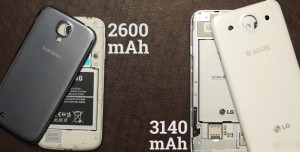 • Samsung has added some new navigation features into their TouchWiz interface that you can find in the Galaxy S4. 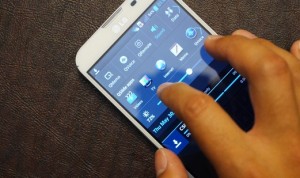 • The Galaxy S4 has gesture-based sensors which allow you to navigate your phone by waving your hand or hovering a finger over the app you want to access.
• New applications added to the Galaxy S4 include S Health and S Translator.
• The LG Optimus G Pro uses the Optimus UI.
• LG has added some nice new tools that will help with multitasking on the Optimus G Pro.
• These include QVoice, QMemo, and QSlide.
• QSlide is actually very similar to the MultiWindow app of the Galaxy S4. These apps allow you to open and use two windows at once.
• The Optimus G Pro has the QButton and you can program this button to act as a shortcut for the app of your choice.

The Optimus G Pro is priced at around $800 unlocked. The Galaxy S4 is around a $100 cheaper, priced unlocked at $700. You can get both phones under contract with a few carriers for around $199 on a two-year agreement.
Both these devices are great. They are actually pretty similar in many ways so, what it comes down to is, do you like the Galaxy S4’s 5-inch screen better than the Optimus G Pro’s 5.5-inch screen? If being able to operate the device one handed is a must for you, go for the smaller Galaxy S4.
Regardless of your choice, know that you’re getting a very powerful and very nice device.
What do you think? Which one is your choice? 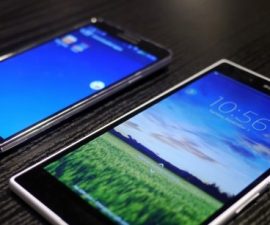 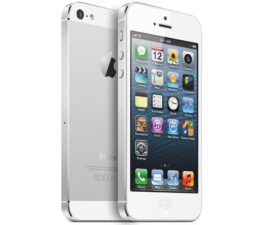 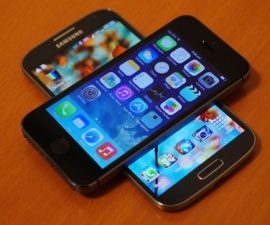 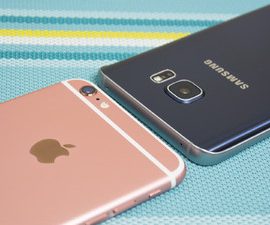