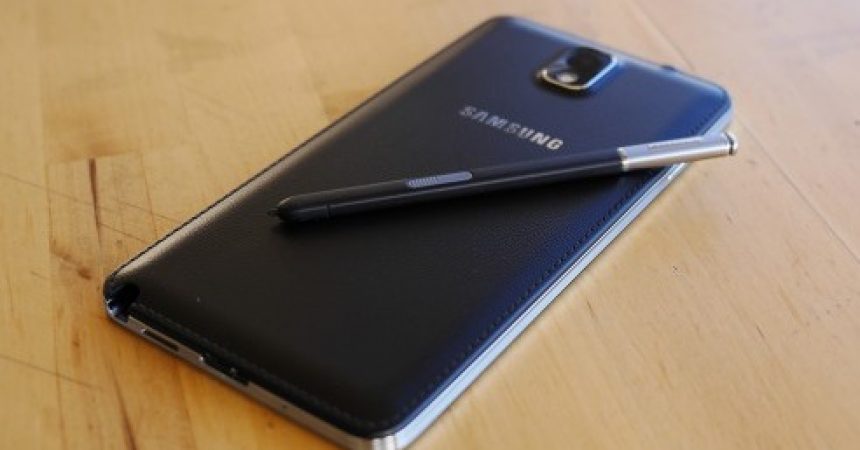 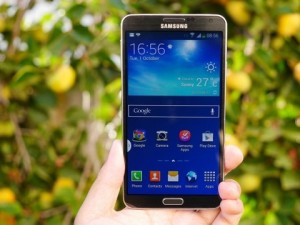 One of the most anticipated phones of this year is the Galaxy Note 3. The Galaxy Note 3 Phone looks to be a great and legitimate successor to the Galaxy Note 2. Many people are genuinely excited to see what the Note 3 is capable of and in this review, we take a look to help you see for yourself. Design

• The Samsung Galaxy Note 3 Phone has the following dimensions: 5.95 x 3.12 x 0.33 inches and it weighs 168 grams. • The Galaxy Note 3 phone will be available in three colors: White, black, and pink. • Samsung has responded to critics of the glossy plastic material they’ve used in previous devices and given the Note 3 new textured material for the back cover. 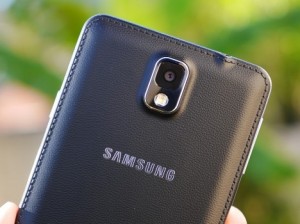 • Samsung has minimized the use of bezels on the front of the Galaxy Note 3. • The back cover of the Samsung Galaxy Note 3one remains removable and removing it will give you access to the devices removable battery and its card slots.

• The sides of the Galaxy Note 3 have a line design that mimics the pages of a notebook. • The bottom of the Galaxy Note 3 is where you will find the speaker grill, a microUSB 3.0 charge point, and the Spen. • The Galaxy Note 3 is the most attractive version of its line so far. The faux leather gives the Note 3 an “executive” look and feel. • The flat sides make the phone easy to grip and the back nestles nicely in the hand. • The S Pen is a great working stylus and its ease of use makes it feel like a real and functional business tool. 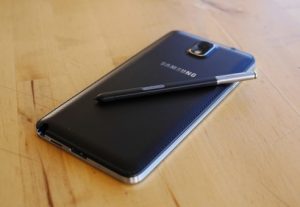 • The Samsung Galaxy Note 3 phone has a 5.7-inch screen. This is a 0.2-inch increase from the previous iterations of the Note line. • The display uses Super AMOLED PenTile Technology. • The display of the Note 3 is great. It takes the same display that Samsung used in their Galaxy S4 and has made it bigger and better. • The display is capable of 1080p and 386 ppi for a viewing experience that has vivid, some would say oversaturated, colors. • Playing games and reading text on this display is easy and the display even renders websites automatically to an easy-to-read size. 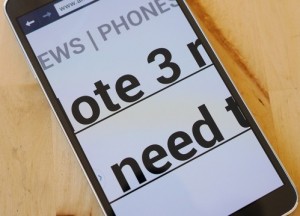 • The Snapdragon 800 version would be more prevalent in the US but the Exynos version is set to see a wider release. • The Galaxy Note 3 phone is able to work smoothly and quickly using both these processing packages. There is a bit of lag when things have to be pre-loaded as an app is opened but otherwise the Note 3 is a great tool for multitasking. • The Galaxy Note 3 offers two options for onboard storage: 32 and 64 GB. • There is a microSD slot so you can expand your storage if needed. • Calls made in the Galaxy Note 3 are adequately at full volume, though this can still get drowned out by too much outside noise.

• The speaker of the Galaxy Note 3 is located at the bottom and is loud enough to nicely compliment media consumption.

• There are many sensor additions in the Galaxy Note 3. These are mostly used to ensure proper functioning of features such as the S Pen, Air Gesture, Air View, Smart Scroll and S Health Battery

• The battery of the Galaxy Note 3 is a removable Li-ion 3,200 mAh unit. • As a test of the Galaxy Note 3’s battery life, we used the phone for five hours with half of these hours used straight by web browsing, video viewing, not taking, downloading games, handwriting text messages, and social media viewing. At the end of the five hours, we still had 70 percent battery life. • Given this, for moderate or heavy usage, the Galaxy Note 3 is likely to be able to handle a full work day on a single charge. • If you are really worried about losing battery life, take advantage of the removable battery and keep a spare with you.

• The Samsung Galaxy Note 3 is equipped with a 13 MP rear camera and a 2MP front camera. • The rear camera also has a LED flash with digital Smart Stabilization and a BSI sensor. • Digital Smart Stabilization helps alleviate the problem of shaky hands and even improve photo’s taken in low light • The front camera also has a BSI sensor. • The camera app is similar to that which Samsung used in the Galaxy S4. • The camera app has modes such as Best, Face, Shot, Drama, and Eraser. It is capable of dual recording. • The Note 3’s cameras are great, especially in daylight, giving you shots with vibrant and good color reproduction. Picture quality is very good, with plenty of detail and only a little grain.

• The Samsung Galaxy Note 3 Phone runs Android 4.3 and uses Samsung’s TouchWiz interface. The system is stable and allows for smooth navigation. • TouchWiz looks very nice and is easy on the eye with the 5.7-inch screen of the Galaxy Note 3. Icons are very easy to see. • The Galaxy Note 3 includes the new MyMagazine app which is basically like Flipboard and BlinkFeed. It allows you to consolidate both your social media and news from predetermined news sources.

• The Scrapbooker app allows you to save specific information that you “cut out” using the S Pen to draw a square on the display around the area you want to save. It also saves website metadata so you can easily return to the website you originally saw the information on. • The S Window app allows for the outlining of a small area where a specific small application can be placed. This helps with multitasking. • Action Memo is used with the S Pen and it opens up a pad where you can make quick notes and store them for later use. 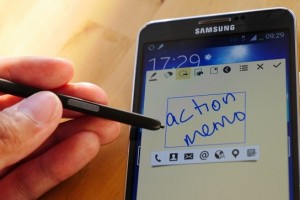 • S Finder uses handwriting recognition and can find specific terms and take you to specific places on written Action Memo notes. • MultiWindow allows you to run several apps at once. You can even run two of the same apps at the same time. Price • In the US, the Galaxy Note 3 should cause around $299 on a two-year contract. Unlocked it will go for $750 and a little more. As an overall tool that you can use every day, the Galaxy Note 3 is a very useful, very powerful device. If you are a fan of the Galaxy Note line, this is a great upgrade and worth getting. If you have yet to try Samsung’s Galaxy Note line, well, this is a great device to get started on.

What do you think of the Samsung Galaxy Note 3 Phone ? 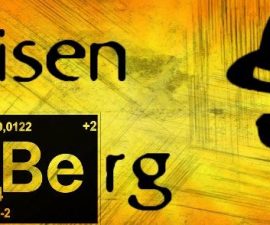 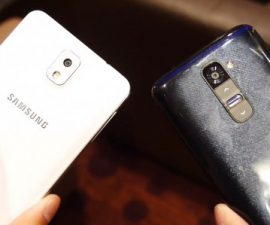 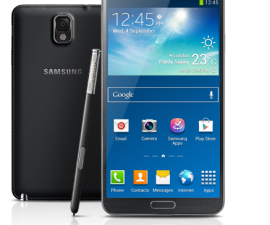 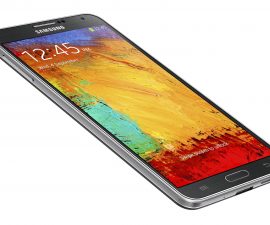