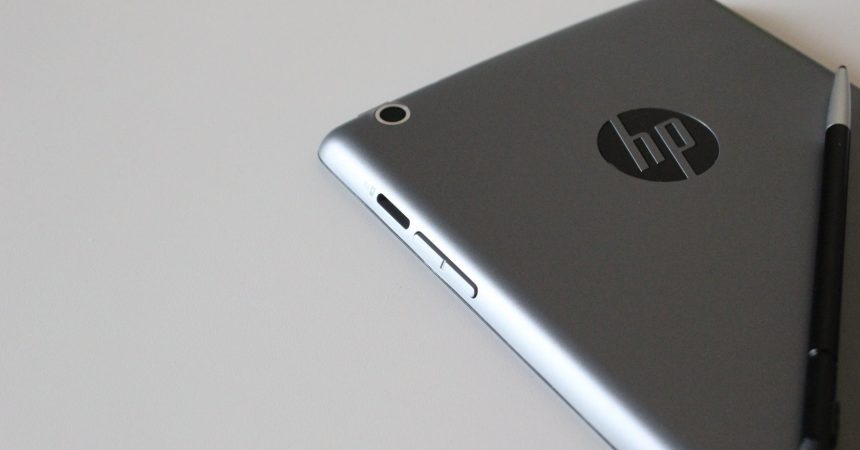 Numerous manufacturers had already announced their intent to create their version of the Tegra unit, with the basic components of a Tegra 4, a 1 gb RAM, and a 1280×800 display, among others. The HP Slate 7 Extreme is one such unit that has the same features as the EVGA Tegra Note 7, also known as the first Tegra Note 7 device in the market.

The build of the Slate 7 Extreme is something that is distinctly HP; there’s no way that you would mistake it as an NVIDIA Tablet. Insted of the black Tegra Note found in the EVGA model, the HP model has a gray backing that looks cleaner. It also seems to be sturdier, and the buttons actually feel better to use. The power button in the EVGA model is located above the camera hump, making it difficult to find. In comparison, the power button in the Slate 7 Extreme is located higher than that, so it’s easier to see.

The layout of the other buttons in the Slate 7 Extreme is similar as most Tegra Note devices.

The speakers are located in front, at the top and bottom of the device, while the rear camera is in the top left corner of the back portion.

The stylus of the TN7 and the S7E and easily differentiated from each other. NVIDIA’s styli have two styles: one has a rounded tip (shipped with the EVGA model) and the other has a chiselled tip. The rounded tip is more versatile because it can be twisted to change the width. Meanwhile, the S7E has a rounded-rip stylus that is much smaller, called the DirectStylus Pro. It’s preferable because it is more comfortable to use.

In terms of display, the S7E also wins. HP has optimized the output of the panel, resulting in a brighter display and with better color reproduction. The text also look crisp and clear.

If the build quality of the S7E is excellent, the software tells a different story. Here’s why:

In terms of performance, the S7E is performing excellently. It is similar to the performance of the TN7, which is great.

The HP Slate 7 Extreme is easily comparable to the EVGA Tegra Note 7, even without the Android 4.3 platform. It has a better build quality and display, and the overall experience provided by the device is truly remarkable. The prices of the two devices are the same, so the S7E is easily a more preferable option than the EVGA model.

What do you think of the HP Slate 7 Extreme?