The Samsung Galaxy Note 3 has finally arrived and Samsung has packed the device with a lot of high-end specs.  How does it compare with some of the others out there?

In this review we look at the specs of four devices – the Galaxy Note 3, LG’s G2 and Sony’s Xperia Z1 and Xperia Z Ultra – to see how they stack up in terms of their specs. Bottom Line: All of the devices offer high-end displays.  The deciding factor would be personal preference.  Some might like the Super AMOLED display’s over-the-top colors, while some might prefer the most natural colors that you can get with an LCD display.  Based on pixel density, however, we’re going to give the Xperia Z1 the win here.

Bottom Line: The processing packages and performance of all these devices are more or less similar, but we’re giving the win to the Note 3 here with its 3GB RAM.

Bottom line: It’s currently a tie between the LG G2 and the Xperia Z1 as to who offers the best smartphone camera. 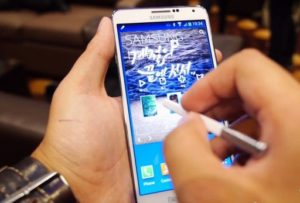 Bottom Line: This one is a tie.  Some might prefer the S-Pen feature and choose the Note 3, but others won’t. 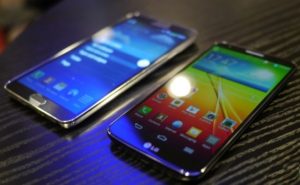 All four of these smartphone are top of the range devices and as there are very few real perceivable differences between them, personal preference will be the deciding factor.

Which one do you prefer?